Time & its unfettered long hand sweep has removed from this Harlem born acolyte
& the world at large a mighty pendulum that has for the last time swung beyond the curtain’s edge.

The first time I had occasion to lay eyes on the venerable Master Watts in person was by invitation to Master Jagger’s 44th birthday confab at his home in the woods of green leafed London. It was for me, a Rock & Roll Nerd, akin to having walked into Valhalla whereby the entire cast of Mount Olympus were gathered in garlands & wreaths.

Seemingly the entire British Rock & Pop aristocracy were present to honor Mick,
Yet I couldn’t not notice that sitting in what seemed like a rattan wicker chair framing his countenance was Charlie, resplendent in an English Country Gentleman’s 3 piece tweed suit, sat next to his lovely Madame, Shirley. The only item missing from his wardrobe that evening would’ve been a Sherlock Holmes double sided hat, with one of the Hounds of the Baskervilles at his well dressed feet. And of course a curved long stem pipe.

As were HE the true honoree of the evening & for me, whatever positive impression earlier derived from Mister Watts was thereafter manifold increased. This major dude had style for days & even more penetrating, a comfort with his own projection that left him easy to be around & absorb. Brother Watts remains one of my greatest, most appropriated heroes.

And without exaggeration I conclude that he provided a large portion of the backbeat that has tapped out the rhythm of my life. Time is now forever on his side, having in Master Watts brought back into its own bosom, a member of its own pulse, a minister for the life force of continuance & the ongoing March of evolution.

Although her name came to me in a vision, I spelled my daughter’s name ‘Seraphina’
Knowing that it was how Charlie & Shirley’s baby girl was monikered. I salute the spirit of Charlie Watts.

Then again, I don’t think I’ve ever sat at the drums (to make a record) & NOT thought of him. Neither do I ever leave my drums without properly arranging the sticks atop the snare as my final act, another thing I learned from the Professor Charlie. Somehow,
With his oft ethereal spectral emanation, he was kind of always 2,000 Light Years From Home.

There’s a touching moment in one of The Rolling Stones’ later concert films where you see Maestro Keith turn & look over his shoulder & clearly mouth the words “I Love You”
to his longtime compatriot, muse & fellow survivor, not to mention as much a blueprint for a drummer as has ever been mapped out upon the green carpeted mountain that is our earth.

Within what limitations exist given our English vocabulary, enough cannot be written or said about him. The British Invasion hit me, like many, with the upswing of a lifting wave,
like a call to arms for a new race of troubadours. We were changed & nothing would be the same way again.

REST & ROCK IN PEACE FOREVER CHARLIE WATTS !
And our condolences to the many that he touched & loved.

…and it would be wonderful to see professional drummers FORUM & share with the world WHAT & WHY concerning Charlie Watts. He was neither flashy, excessive nor showy, so we need to let bitches know WHY WE REVERE HIM & WHY without him (& his singular quirks) the Stones couldn’t have been the bad ass daddies that they were with him. Let’s big the fuck up & ‘edumicate’ those who want & need to know. 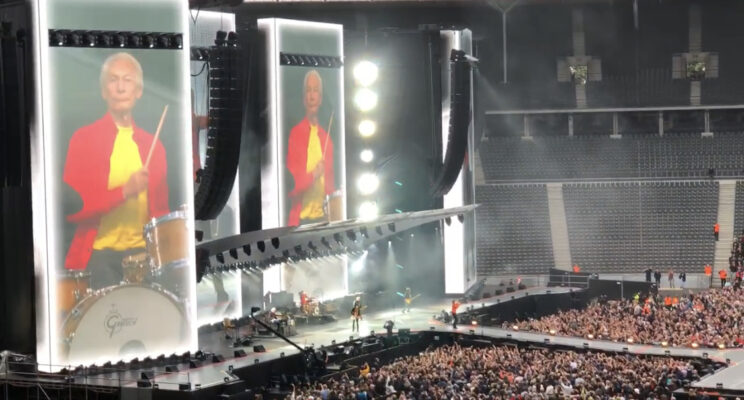 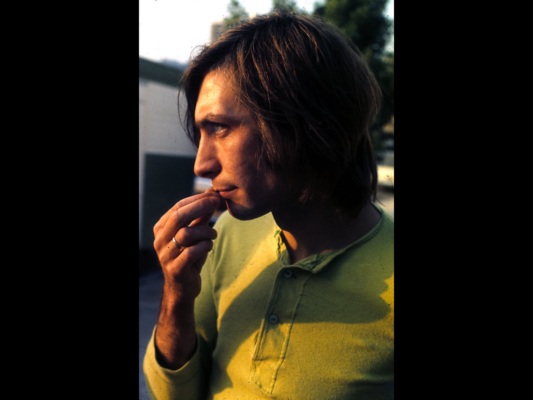 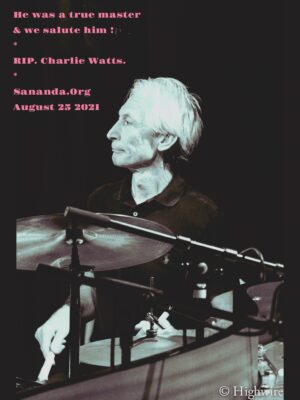 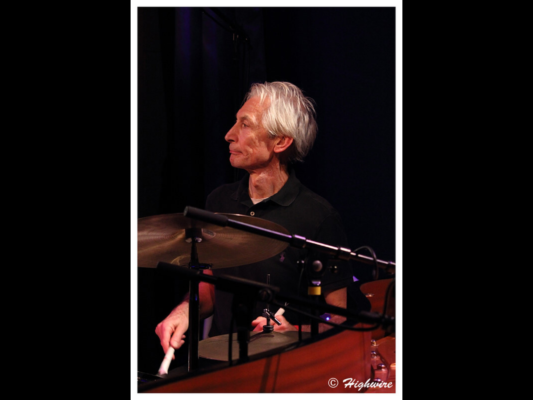 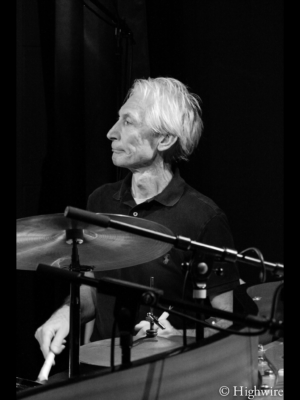 Latest News
Archives
We use cookies on our website to give you the most relevant experience by remembering your preferences and repeat visits. By clicking “Accept All”, you consent to the use of ALL the cookies. However, you may visit "Cookie Settings" to provide a controlled consent.
Cookie SettingsAccept All
Manage consent