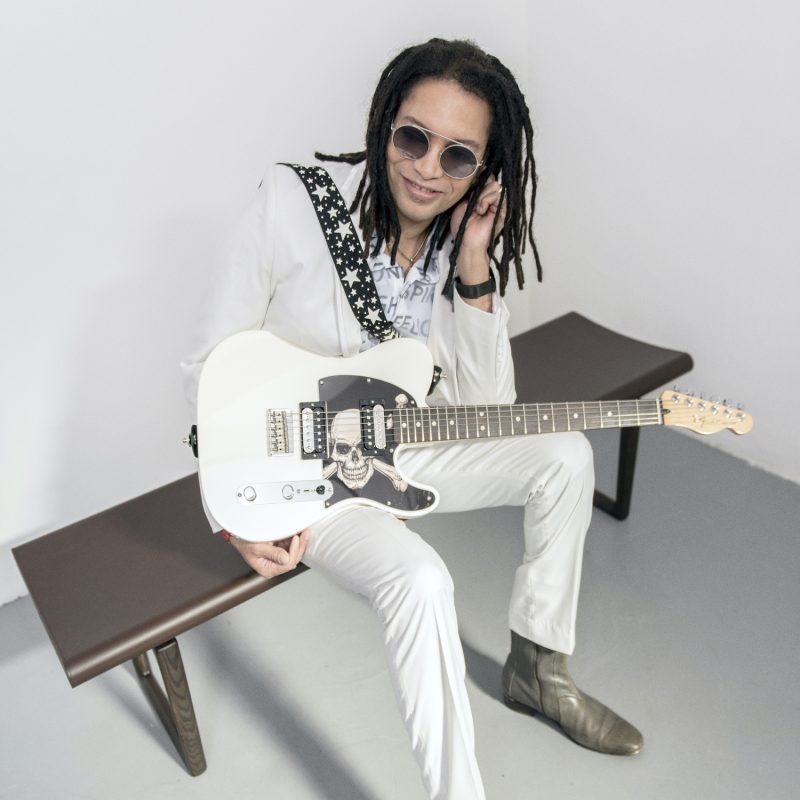 Artist, composer, arranger, producer, multi-instrumentalist, entrepreneur and Post Millennium Rocker, SANANDA MAITREYA was born in New York U.S.A. on March 15th 1962. He plays the basic instruments of Rock: drums, bass, guitar and keyboards; as well as a few others instruments besides and he can never remember a time when music wasn’t playing in his head. From the beginning of his professional career he has personally written arranged and produced all his music and has also collaborated with other top artists and producers.

Since his childhood he felt a very special connection with music, he had his light switched on at the age of 2 by the music of the Beatles and has been a fool for music ever since.
He was raised in America and during his high school years he was in the band “Modernaires” in Florida. In his youth he was trained as a boxer in Orlando and won the Florida Golden Gloves lightweight Championship in 1980. He served in the U.S. Army for 3 years, 1 spent in Germany where he also became the lead singer of the band ‘THE TOUCH’.

In 1987 his debut album “Introducing the Hardline”, gives him International success. Sananda wins a Grammy Award in 1988 as Best R&B Vocal Performance, Male.In June 1988 he is on the cover of Rolling Stone Magazine and he is nominated “Top International Newcomer” at the British Awards. In the following years 3 studio albums are published: “Neither Fish Nor Flesh” in 1989, “Symphony or Damn” in 1993 and “Vibrator” in 1995.The albums have many famous songs including the soundtracks of various legendary Hollywood movies such as: ‘Beverly Hills Cop III’, ‘Prêt-à-Porter’, ‘The Promised Land’, ‘The Fan’, ‘Shake Rattle & Roll’, ‘Frankie & Johnny’. These songs also do appear in more recent films such as ‘Knocked Up’, ‘Funny People’, ‘Up In the Air’, ‘Yoga Hosers’, ‘Am Ende Legende’ etc.; as well as in TV series such as ‘Sex Education’, ‘Camping’, ‘Schooled’, ‘Tiny Dancers’ and Theatre Shows: ‘Alvin Ailey’s Lazarus’.Maitreya in this period also works as an actor, he has a role in 1988 in the movie “Clubland” and in 1999 he plays Jackie Wilson in the CBS TV series “Shake, Rattle & Roll”.
In 2000 he opens the Sidney Olympic Games performing as the lead singer of INXS. In 2001 his fifth album “WildCard!” is ready and marks his new life as an independent artist.

Since 1995, at the age of 33, he adopts the name Sananda Maitreya that for the artist represents a new starting point, in 2001 this becomes also his legal name.
Sananda Maitreya has been a internet presence since the late ‘90s and was one of the first major artist to add credibility to the current explosion and acceptance of the internet music communication and digital world. He believed all along that the Internet would be his path to true musical freedom, without in his words, “the usual gains and compromises”.
He presents his music as POST MILLENNIUM ROCK, its main elements are heart and soul, its nature is passion, courage and curiosity and it acknowledges no rules but the goal to lead the listener back to his heart, to provoke his mind and re-approach him to his true feelings. His vision of Post Millennium Rock is a music free of restrictions and marketing pressures. It is a music that combines all the genres that the artist loved since his childhood: opera, country, classical, jazz, blues, gospel, pop, reggae as well as Rock!
After the studio album “WildCard!” Sananda has released with his independent label TreeHouse Publishing a whole new catalogue: the double album  “Angels & Vampires” in 2006/07, “Nigor Mortis” in 2009 ,“The Sphinx” in 2011, “Return To Zooathalon” in 2013, the double album “The Rise Of The Zugebrian Time Lords” in 2015. In 2017 he has released a monumental work called: “Prometheus & Pandora”, a triple album that encapsulates the 21st Century Human Condition and is a smorgasbord of conflicting emotions: there’s wit and wisdom, anger and contemplative sadness and each volume contains a version of Andrew Lloyd Webber and Tim Rice’s I Don’t Know How To Love (Him) sanctioned by the song’s authors.
In most of his albums Sananda plays all instruments and all songs are written, produced, arranged, performed and conceived by the artist, except where indicated. The latest new double album “Pandora’s PlayHouse” has been released on March 15th, 2021.
On Dec 10th he has released the new video of the song HER KISS, filmed by Luciano Boschetti at Villa Arconati. 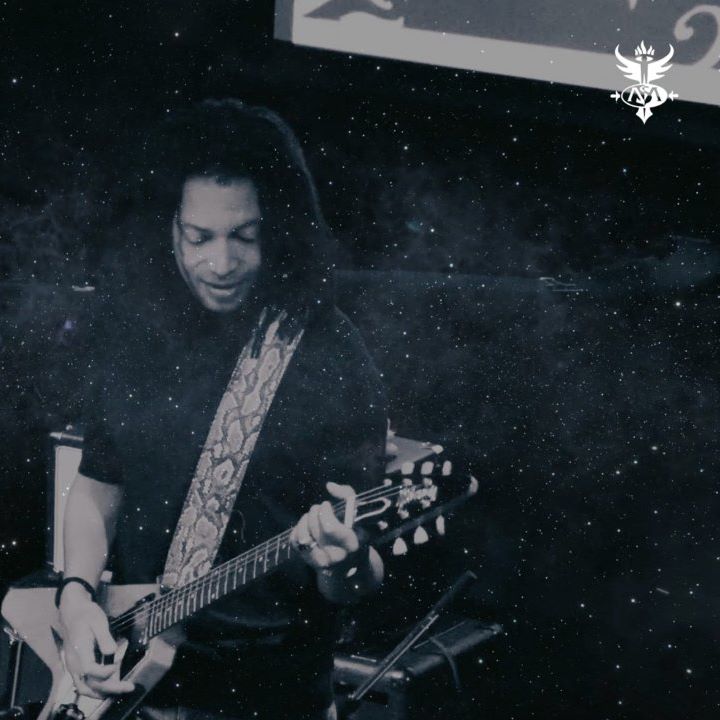 All discography is available in CD and Mp3 format!

Watch the video of the last LIVE concerts & exclusive footage on the official SM YouTube channel!

In this section, Sananda often cites the many diverse and wonderful artists that have helped to shape his passion for music and continue to inspire his work.

Tour Archive and future gigs to be announced!